Now You Can Change Your Name And Surname In Document: The General Meeting of the Board of Education was held on Tuesday at Gandhinagar Board Office. The proposals adopted in the Executive were discussed in the General Meeting. Some of which were accepted by the Board. The most important proposal was to accept the name-surname correction in the certificate. 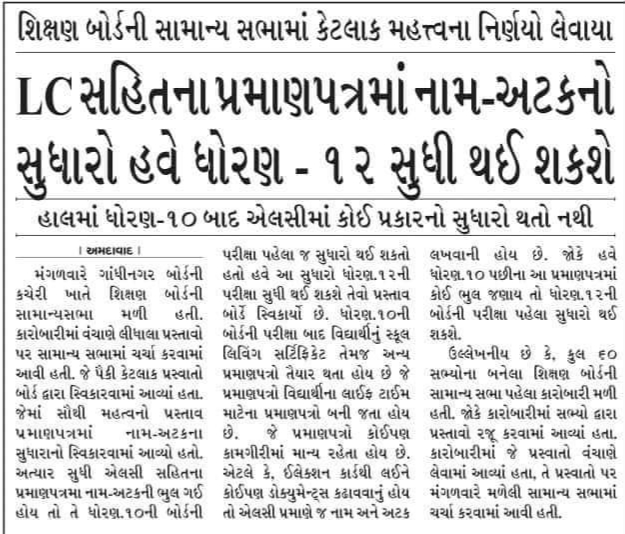