Chief Minister Shri Vijaybhai Rupani, while launching a statewide ‘Seva Setu’ program in the forest area of ​​Dahod from the end of the rural area of ​​Dahod, clearly stated that this Seva Seva initiative has become a major program for the common man.

In this regard, he said that the government itself has come to the door through this service bridge because of the sensitive approach that the poor, disadvantaged, the oppressed, the dalit, the rural, the peasantry should not be forced into the government offices away from home-village for their small works.  General Chat Chat Lounge 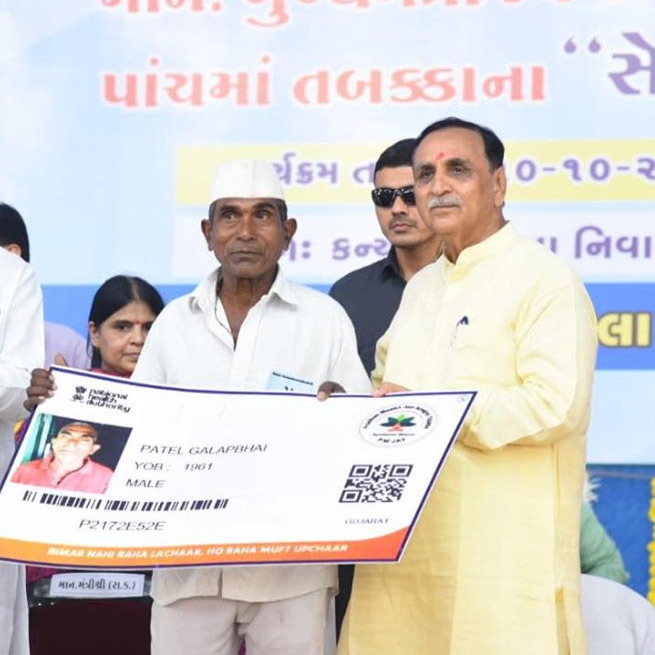 Shri Vijaybhai Rupani said that the four phases which have been organized in the state till date of Seva Setu have been huge success.

The Chief Minister also mentioned that 5% achievement has been achieved by bringing a plethora of applications of 4 crore 500 lakh citizens and people in all four phases.

The state government has taken a sensitive approach and started a service bridge program.  He said that the service is easily disposed of in the courtyard of important works like ration card withdrawal, income generation etc. 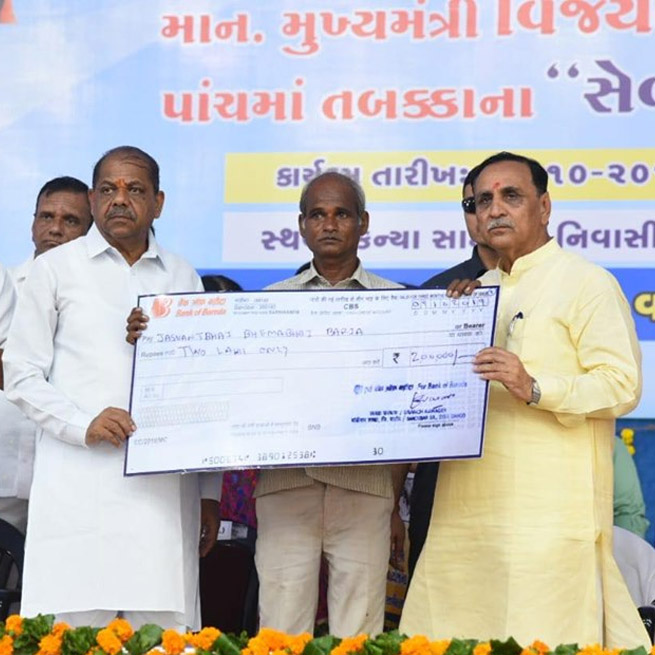 He added that poor applicants had to resort to traders for common tasks.  Buccaneers had to do their job by giving me money.  In front of it, the state government decided that the applicant should not have to come to the government office and the government system has developed a system to go to the applicant’s house. 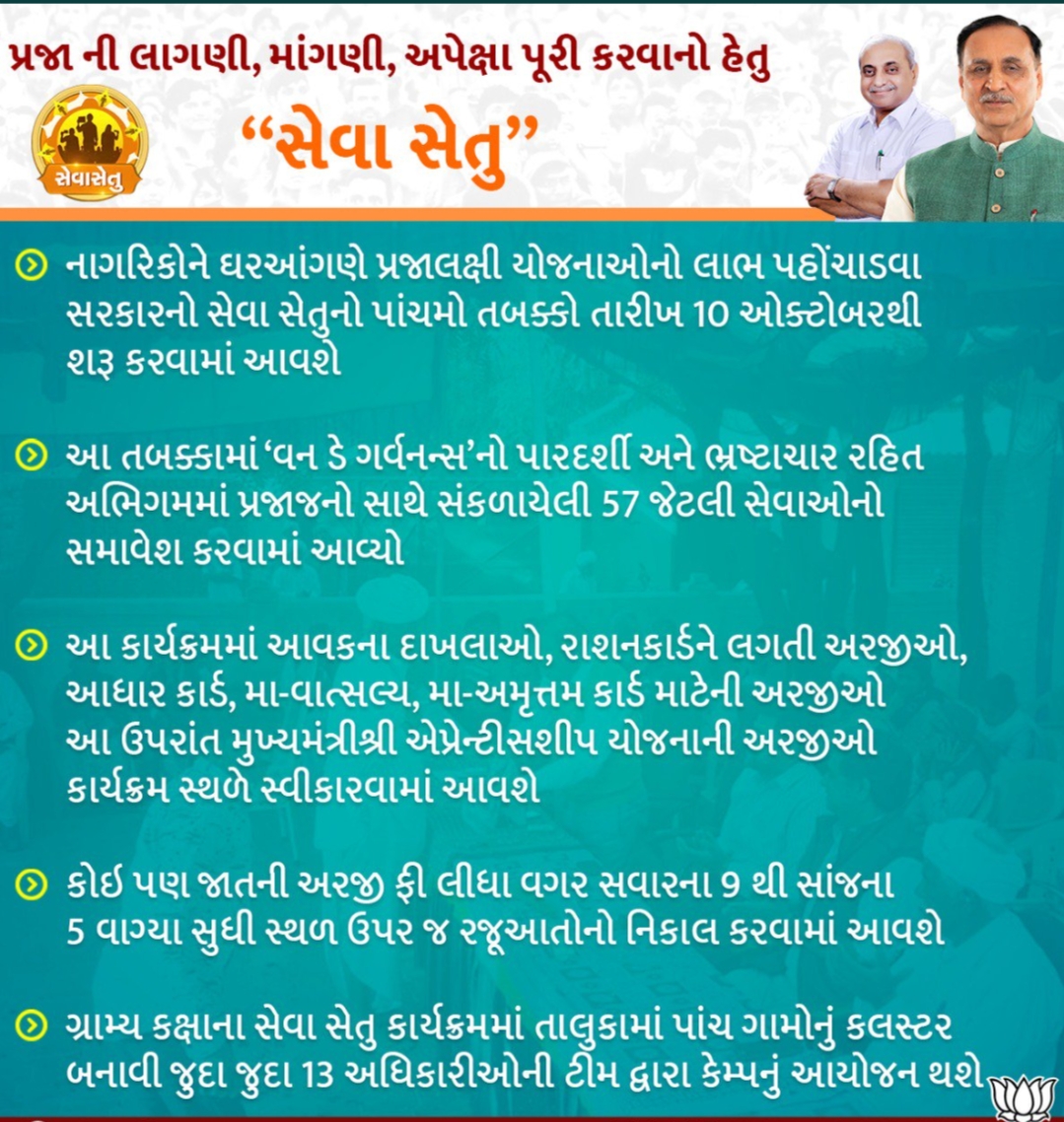 A service bridge program is organized by creating 3 to 4 seja per district.  Citizens receive six different types of government services closer to home.  Shri Vijaybhai Rupani played the role of widow assistance, Ayushman card, Amritam card, disability certificate, various types of examples are available, as well as health camps for the animals with livelihood service of the animals.

Irrigation water has been initiated so that farmers of Dahod district can get good agricultural crops and can harvest four seasons in a year.  Livestock and dairy activities are being encouraged.

For the development of tribal areas under Vanbandhu Kalyan Yojana, the State Government has allocated Rs.  3 thousand crore has been spent.  From drinking water to education, health facilities have been made more accessible.

He explained that the state government has made the anti-cow slaughter law, the prohibition law, the violence against women more stringent. 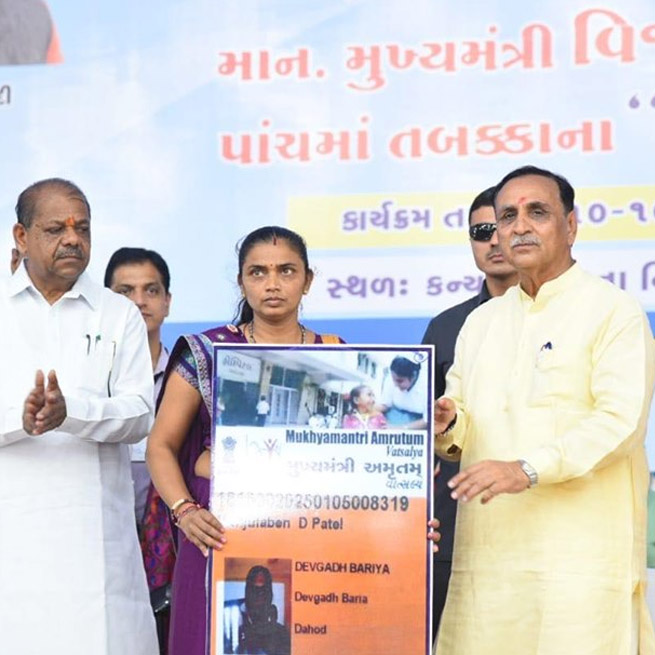 The Chief Minister visited the Animal Health Camp held in the village of Antela before the Seva Setu program and also performed cow worship.  Live inspection of the surgery to relieve the animal from serious illness.

Minister of State, Shri Bakhubhai Khabde said at the time that the problems of the human beings are being solved easily due to the Seva Setu program.  People do not have to rush to government offices.  The launch of the program shows the CM’s sensitivity.  He thanked the Chief Minister for his decision to repeal the age limit rules for the widow’s assistance scheme.

MP Shri Jaswant Singh Bhabhor informed about various schemes of the state government and said that the Chief Minister has made a historic decision to give Kadana, Hanfeshwar Dam water to Dahod district.  This will facilitate drinking and irrigation water.

The beneficiaries of the Seva Setu program were distributed to the beneficiaries in the hands of dignitaries, including the Chief Minister.  The CM was welcomed by various organizations.