Lockdown is underway with the Corona virus. Tired of sitting at home when all the people of the country have been appealed to stay at home? So you can have fun on this APP.

Houseparty is the face-to-face social network where you can connect with the people you care about most. The app makes connecting face to face effortless, alerting you when your friends are “in the house” and ready to chat so you can jump right into the conversation. The same goes for you opening the app! Your friends will know you’re in the app and ready to chat, so they can join you (…because rejected calls are so last year). Houseparty is truly the next best thing to hanging out in person. See your friends more often on Houseparty.

As a third of the world population sits under lockdown across the world, by some estimates, one kind of app has zoomed past the rest: video calling. You’ve likely heard of Zoom already, which allows for a hundred people in a single call. It’s being used for virtual meetings and lectures, as people work and study from home, which explains why Zoom is currently the number one app in several countries, including India, Pakistan, the US, Mexico, Brazil, Australia, Italy, and Russia.

But you’ve probably not heard of its less professional counterpart: Houseparty. Less than two weeks ago, it was the 1,450th most popular app on the App Store in India. Now, it’s ranked fourth. On Google Play, it’s currently trending at #1. And in some places, like the UK, it’s now ahead of Zoom as the most popular app. What is Houseparty exactly? What does it do that Zoom doesn’t? And why is it such a phenomenon?

Launched in the second half of 2016, Houseparty was made by the same team behind Meerkat, the live-streaming app which was famous for a few months in 2015 but then lost to its competitor Periscope. After Meerkat was shut down, the developers shifted their focus to Houseparty.

It began with a new twist on the group video call idea. Instead of hitting the call button and manually connecting everyone, Houseparty allows you to just drop into a video chatroom as long as your friends are online. That makes it a lot more casual. It’s the kind of app that you keep open in the background, with friends dropping in and out. In times of social distancing and self-isolation, when we’re seeing much less of our favourite people, Houseparty can make things feel less lonely.

If you do plan to keep Houseparty open in the background, consider using the Chrome version. (Houseparty also has apps for Android, iOS, and macOS.) Our phones heated up during a 20-minute chat, and it was more severe for some, which might depend on the kind of phone or case you’re using.

To further ease matters, Houseparty sends out a notification when someone opens the app, letting you know they are available to hang. You can also “wave” to get their attention. Of course, if you’d rather that people don’t get notifications, you can turn them off in the app’s settings. You can also do that selectively, by “ghosting” the friends you don’t want notified. And if you don’t want people just strolling into your video chatroom, you can also choose to “lock” it.

Unlike Zoom, only eight people are allowed in a single Houseparty room. It’s easy to see why — it’s supposed to be more intimate. That said, friends can invite their friends into the conversation, though Houseparty will warn you when you’re dropping in if you’re not friends with someone in the chatroom. During the call, you can easily add these friends of friends as friends, if you wish, with a single button tap.

There’s nothing formal about Houseparty. There’s no real set up. Instead it fosters a sense of freewheeling connection, and doesn’t feel like a business app, but a place for friends. And that is what is making it catch on so quickly despite the huge number of alternatives out there.

At the same time, it keeps up with features of other video call apps. Houseparty also allows you to record what’s happening — it calls the feature “Facemail” — which you can then send to other friends or people in the same room, giving you the option to preserve parts of the conversation. Houseparty also allows you to share what’s happening on your screen, turning the app into a co-watching experience that’s in fashion during the lockdown. You can also text friends in the app both on and off a call. 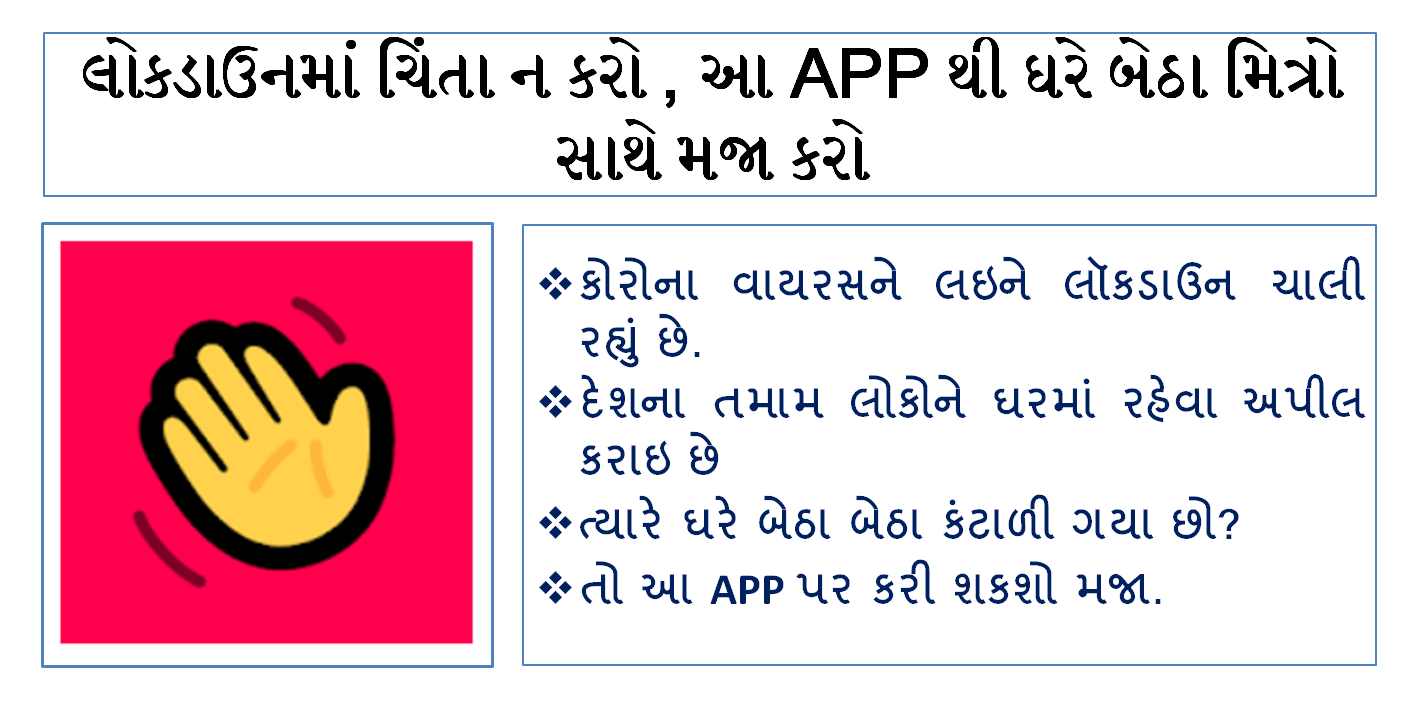 But that’s not all. Houseparty goes further than other group video call apps by offering integrated games — it’s the button with the two dice — such as trivia, quick draw (like Pictionary), Chips and Guac (word association), and Heads Up! (charades). Among trivia, you can choose from a variety of topics, be it superheroes, song lyrics, geography or sports among others. While most games are free, Heads Up! requires you to pay for most decks (read: topics).

In fact, all other games were paid as well until last year, when Epic Games, the gaming giant behind the uber-popular battle royale game Fortnite, acquired Houseparty. Because it’s making billions elsewhere, Epic made the games free. It also chose to keep the app independent, meaning the two wouldn’t share user data, though it naturally has made use of Houseparty’s tech to boost Fortnite’s social features.

At the end of the day, Houseparty is just another group video call app — you could just as easily do with Hangouts, FaceTime, Skype, or Zoom — and it’ll be interesting to see how its ilk fare once we’re not cooped up in our houses anymore. But with the pandemic only getting worse right now, we can all use another distraction to get ourselves through this.

Fun five-minute games in a chill virtual environment is just the thing we need.