Remove China Apps is a tool to uninstall Chinese apps for android phones. 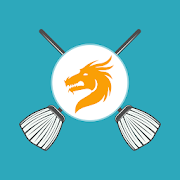 A set of Indian engineers have developed an app that detects apps made in china and given a very simple UI to remove them.

In a span of 2 hours Remove China Apps the apps got 5300+ reviews. Considering the exponential growth in play store reviews, TDH team told that 20,000+ app installations are happening every 3 minutes.

The Army is putting it best efforts to protect our borders and fight China Army. Officials quoted by the Indian media say thousands of Chinese troops have forced their way into the Galwan valley in Ladakh, in the disputed Kashmir region

We Indians can contribute a befitting reply to China by boycotting China made products and Services. Little we realise the Number of Application we use are China Made on our Mobile Phone. Removing them will surely have financial on Chinese Companies Below Picture Shows List of few App we use on our Mobile, little we realise that they are made in China.

Innovator Sonam Wangchuk has urged people of India to boycott “Made in China” in response to Chinese aggression at the border in Ladakh over the past few weeks. “Give up all Chinese software in a week, all Chinese hardware in a year,” said the man who inspired the character “Phunsuk Wangdu” in the blockbuster “3 Idiots”.

The innovator said he was giving up his Chinese-made phone within a week, and went on to explain why.

“Tension is rising… thousands of soldiers are beig deployed. Normally, when there is border tension, we sleep at night thinking soldiers will respond to it. But today I want to say, there should be a citizen response too. Citizens like you in Delhi, Mumbai, Bengaluru…”

“China’s biggest fear today is its own people, its 140 crore population, who are treated like bonded labourers, without any human rights, and who make the government rich with their labour. After coronavirus, factories have been shut, exports are hit, there is rising unemployment. People are angry. If 130 crore people of our country boycott Made in China goods and start a movement, it will have a worldwide effect. It will also help our own industry, our own workers.” he said. He has uploaded 7 minutes YouTube video which you can see at the end of the article.

How to use Remove China Apps?

2. Open the Apps after installation

4. Click on bin icon in the right to remove the specific app

Why apps made in china aren’t trusted?

Unlike youtube apps which allows any critic videos, Apps like tik-tok doesn’t give any reach to anti tik tok videos. It’s called censoring and china has been famous for that.

2. Government of china can access any information about users 24×7

The government of China has regulations with every private, public firm, and access to their centralized database. The government can search, filter, or aggregate data on mass scale which makes it a national issue. US Government has banned any TikTok usage in government authority and in their family for the same reason.

A set of engineers from Jaipur, India with a group named onetouchapplabs has developed this app.

TheDigitalHacker has mailed the team to ask questions but has have not received any mail.