Khel Mahakumbh 2019: Sports Authority of Gujarat will be issued the notification for Khel Mahakumbh 2019 Online Registration Starting Date 15/07/2019. All the interested candidates can apply Online at official website www.khelmahakumbh.org.

Excellence in sports brings pride to a nation and citizens of the nation help build a healthier and happier society. Sports unites the nation by bridging the social and cultural boundaries.

There is no easier way other than sports to promote brotherhood and community bonding. It is a great leveler and unifier- when playing in a team, the caste, creed or community of teammates doesn’t matter.

Under the guidance of visionary leadership of Shri Narendra Modi, Prime minister of India and the then chief minister of Gujarat took initiative of ‘’Khel Mahakumbh’’ (KMK), mega sporting event in year 2010. Khel India was initiated nationwide by Central government with Khel Mahakumbh as the base.

Name of the Organisation: Sports Authority of Gujarat

1.Cash prize of Rs 40 crore to more than 1.60 lakhs winner at different level.

7.This year DLSS Best three schools in state to be given cash prize of Rs 5 lakhs, Rs 3 lakhs & Rs 2 lakhs. 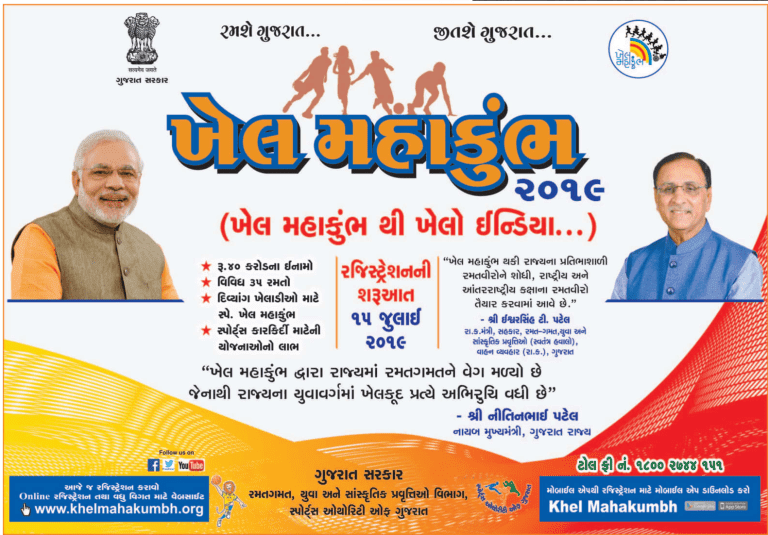